Chinatown Vegas is very exciting.  It begins just a few blocks away from the famous Las Vegas strip. The Chinatown area is a 3-mile stretch that runs east to west along Spring Mountain Rd beginning at Procyon / Valley View Blvd and ending at Spring Mountain & Rainbow at the Koreatown Mall. It started with just one mall, The Chinatown Plaza, created by Taiwanese-American developer 陳誌誠 Chen Chih-Cheng (James) in the mid 90’s. This model, the first of its kind has been labeled a “Modern” Chinatown and has since been copied in other cities, such as Atlanta, Dallas, North Miami Beach, California’s San Gabriel Valley to name a few.

But which casino is it in?

Las Vegas is one of the most misconceived places on the planet and the Chinatown, no exception. Most people do not even know it exists. But yes, Las Vegas does have a “real” Chinatown and an amazing one in fact. 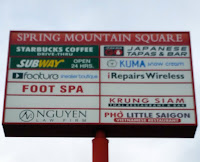 You can check out a cool video of the Mayweather Boxing Club Gym here
Directly across Wynn Rd is where Chinatown Vegas was born – the Chinatown Plaza.
Chinatown Plaza
Wynn/Spring Mountain Rd 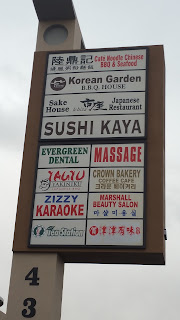 Adjacent to the Chinatown Plaza, on the southeast corner of Arville/Spring Mountain is a two-floor strip mall that is packed until the wee hour of the morning, 7 days a week Here you will find a rather unassuming two-floor mall with a bustling Karaoke bar, Sushi restaurant, Korean Barbecue, Asian Bakery. Foot reflexology and Ichiza, the late-night hot spot for a variety of traditional Japanese small plates.
Across the street, on the northeast corner is a rather hidden u-shaped mall with several good restaurants, always present food reflexology, massage parlors.
Decatur/Spring Mountain
Anchored by the Thuan Phat Las Vegas Superstore, the largest one of several Vegas Asian Markets in Vegas Chinatown. Pho So 1, one of the oldest and most respected Pho houses in Las Vegas

8 Cool Things To Do In Chinatown Vegas