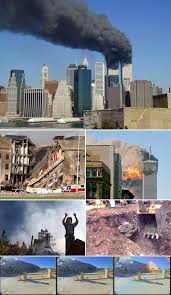 NEW YORK, NY–(Marketwired – December 07, 2015) –   Most of the residents of Chinatown are not aware that they may be eligible for compensation if they developed cancer after 9/11 and lived or worked below Canal Street. Almost all of Chinatown in New York is in the exposure zone. Those individuals who were in the exposure zone between September 11, 2001 and May 30, 2002 may be eligible for compensation.
American Born Chinese

Former New York City Comptroller, Mayoral Candidate and New York City Council Representative John Liu will be joining Ms. Wu at Napoli Peterson PLLC located at 1301 Avenue of the Americas, 10th Floor New York, New York 10019 on December 9, 2015 at 2PM.
“You don’t need to be a rescue worker or have been injured during the attacks. If you worked or lived below Canal Street during the period of September 11th, 2001 and 2002, and developed cancer, even years later, you may be eligible for cancer compensation,” says Veronica Wu (Yip). Yip continues, “This compensation is a significant monetary program of which the Federal government has not adequately advised Chinatown residents. Additionally almost all of the Chinatown residents are unaware that they are eligible for free medical monitoring and……..
Read More

How To Get An Amazon Prime FREE Trail