The first Brooklyn Chinatown (simplified Chinese: 布鲁克林华埠; traditional Chinese: 布魯克林華埠; pinyin: bùlǔkèlín huábù), was originally established in the Sunset Park area of the New York City borough of Brooklyn. It is one of the largest and fastest growing ethnic Chinese enclaves outside of Asia, as well as within New York City itself. As this Chinatown is rapidly evolving into an enclave predominantly of immigrants from Fujian Province in China, it is now increasingly common to refer to it as the Little Fuzhou (小福州) or Fuzhou Town (福州埠) of the Western Hemisphere.

The sidewalks are crowded as people check out authentic Chinese, Thai, Malaysian and Vietnamese restaurants and specialyt shops.

Brooklyn’s Chinese population continues to grow and expand highly rapidly, and the borough has since evolved three larger Chinatowns, between Sunset Park, Bensonhurst, and Avenue U in Sheepshead Bay. There are also several newer satellite Chinatowns in Bay Ridge, Borough Park, Coney Island, Dyker Heights, Gravesend, and Marine Park, as evidenced by the growing number of Chinese-run fruit markets, restaurants, beauty and nail salons, small offices, and computer and consumer electronics dealers. While the foreign-born Chinese population in New York City jumped 35 percent between 2000 and 2013, to 353,000 from about 262,000, the foreign-born Chinese population in Brooklyn increased 49 percent during the same period, to 128,000 from 86,000, according to The New York Times. Wikipedia 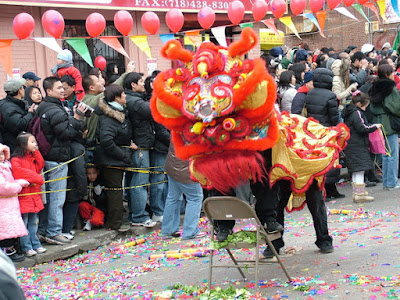 Tweets by @ChinatownBKLN
ChineseClass101.com – Learn Chinese with Free Podcasts
Not For Tourists Guide to Brooklyn